WUCC Local 459 members are saying NO to the Status Quo - they are striking to protect and improve what they currently have in their contract and demanding wages reasonably above the new minimum wage in Manitoba which went up to $13.50 per hour on October 1, 2022.

If you would like to send an encouraging message to Local 459 members or join the picket line, email us at [email protected] and/or visit us on social media! 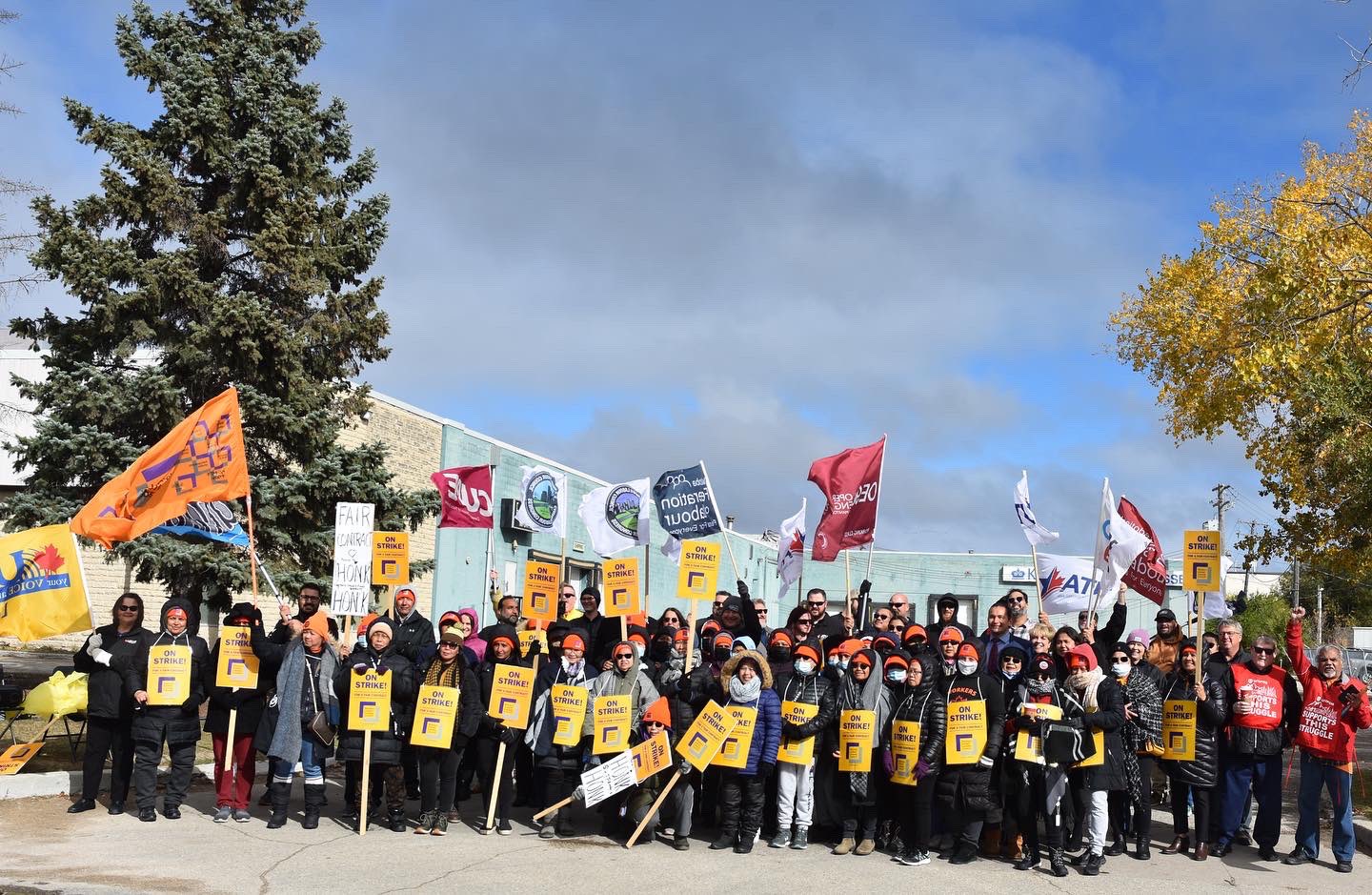 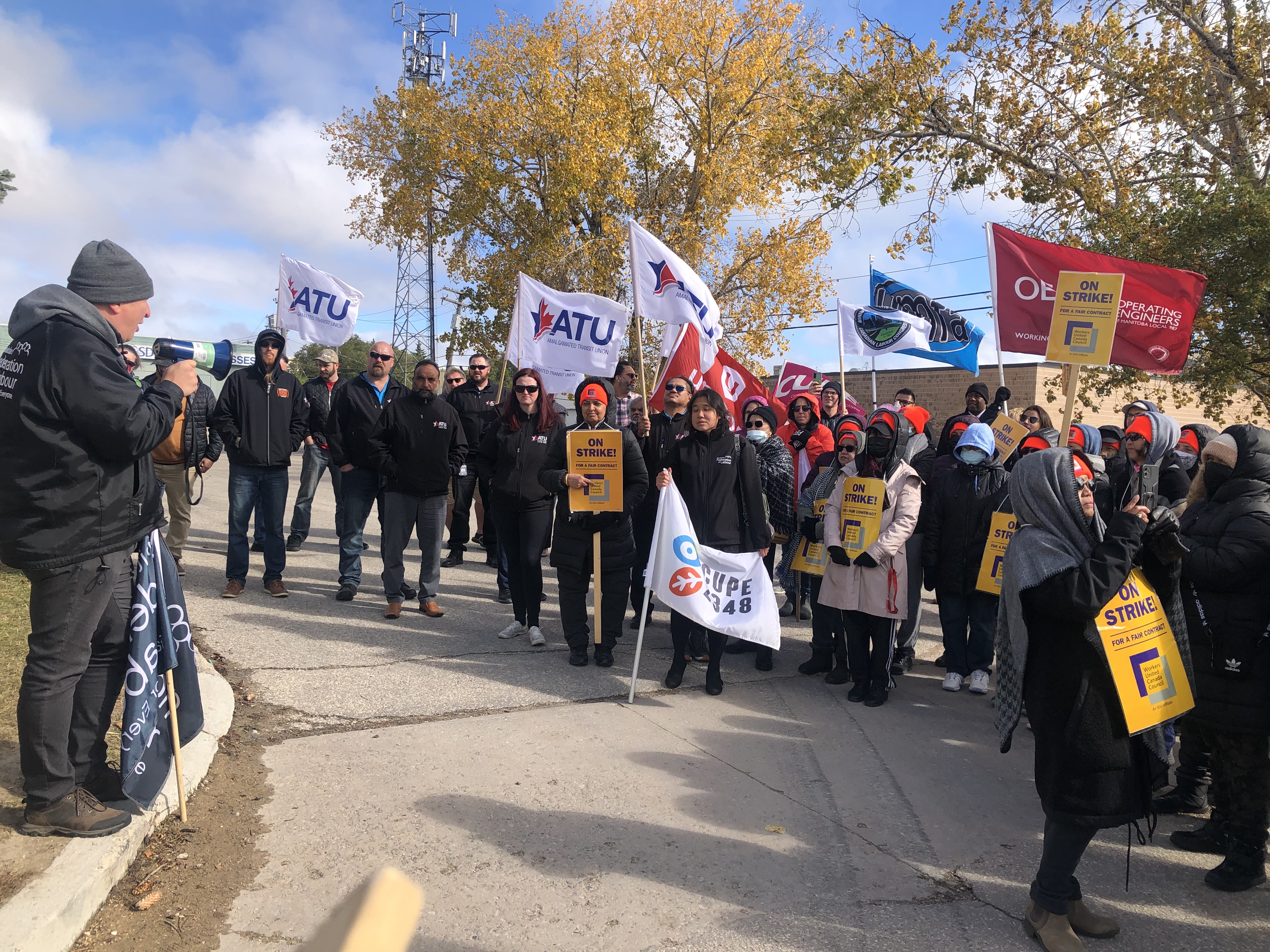 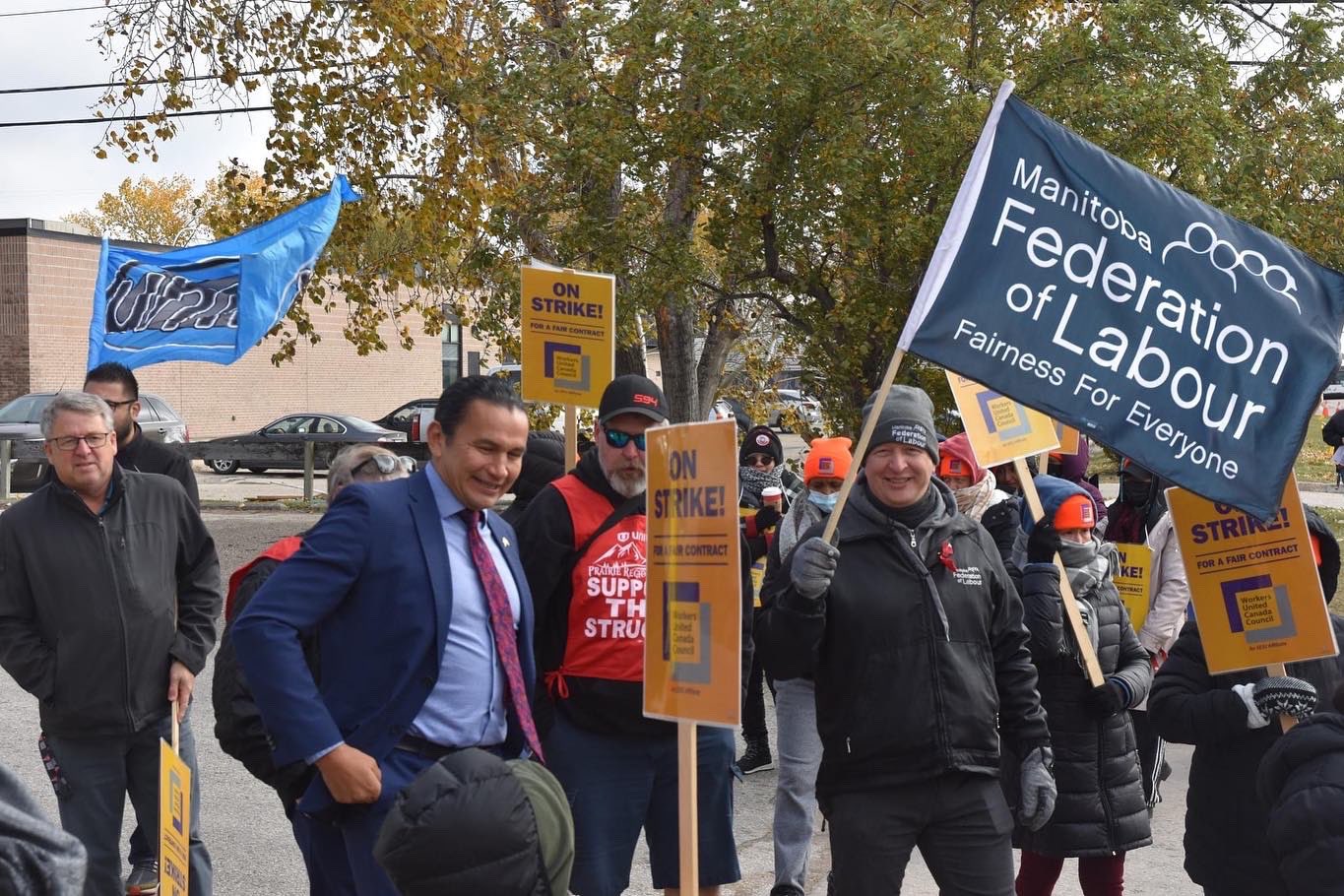 On September 26th, LOCAL 459 - Freed and Freed GARMENT WORKERS WENT ON STRIKE! This company claims to be founded upon a legacy that refuses "to compromise an ethical workforce", while refusing to pay what we believe is a fair wage! SHAME!

Show your support to these courageous workers by sharing words of solidarity on our social media! 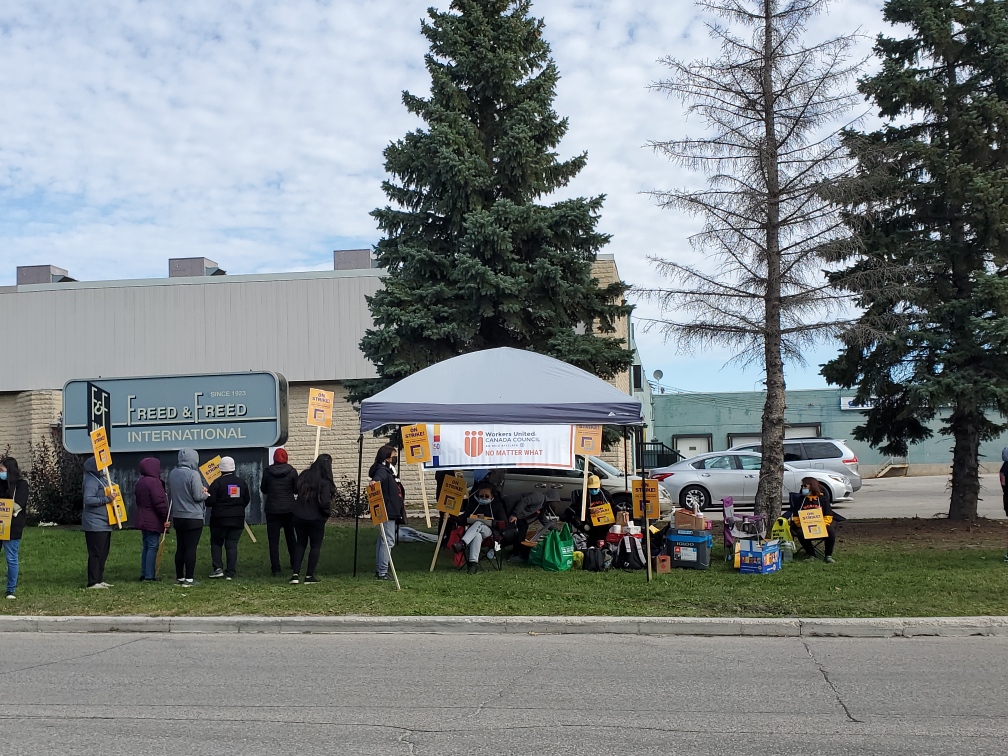 "The Workers United Canada Council Executive Committee members would like to thank all applicants for their submissions to this year's Barry Fowlie Scholarship! It was truly a pleasure reading your thought-provoking essays. Congratulations to our future leaders, best wishes to everyone pursuing higher learning, and best of luck in your future endeavors! Barry would be so proud!" 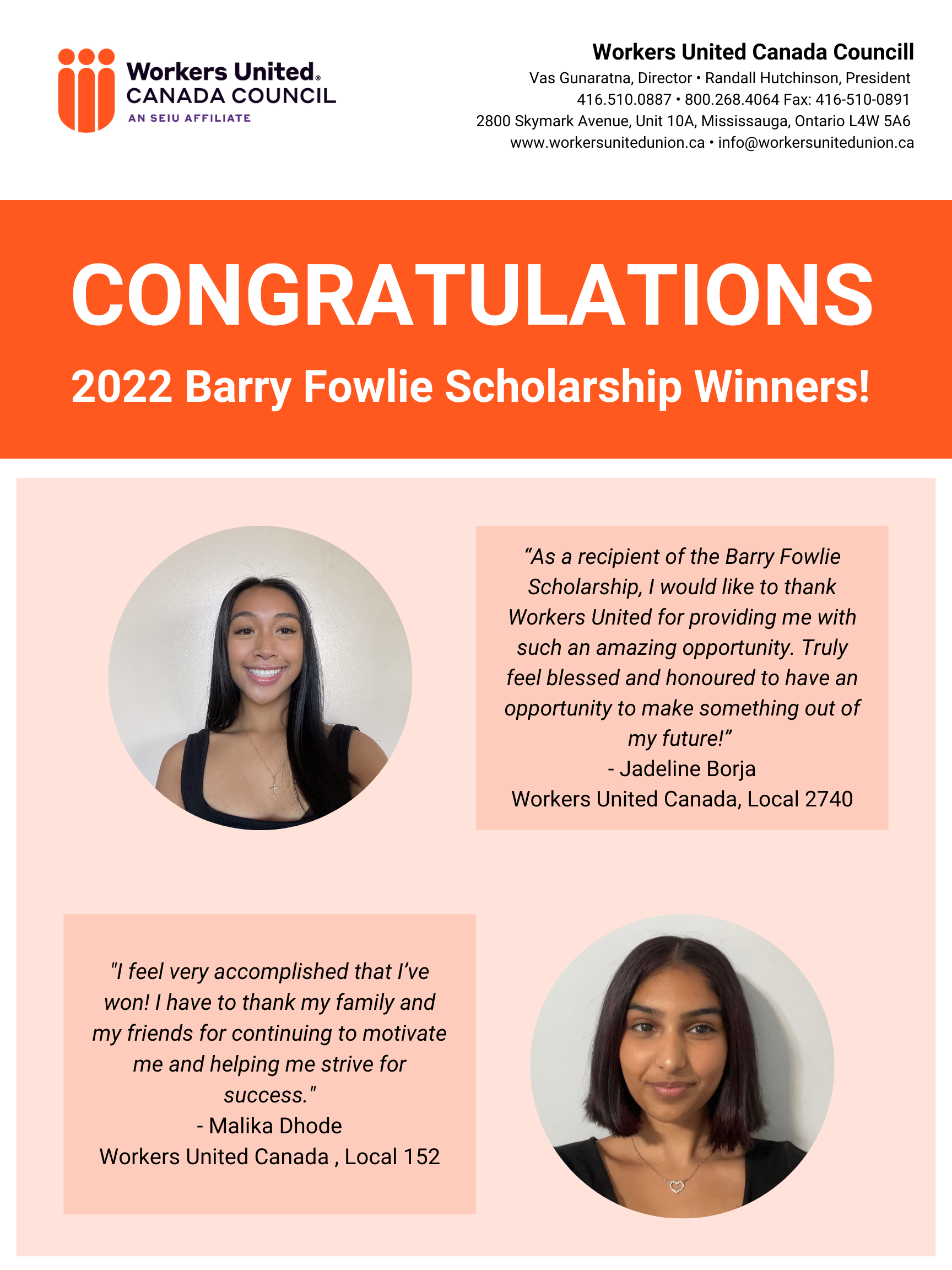 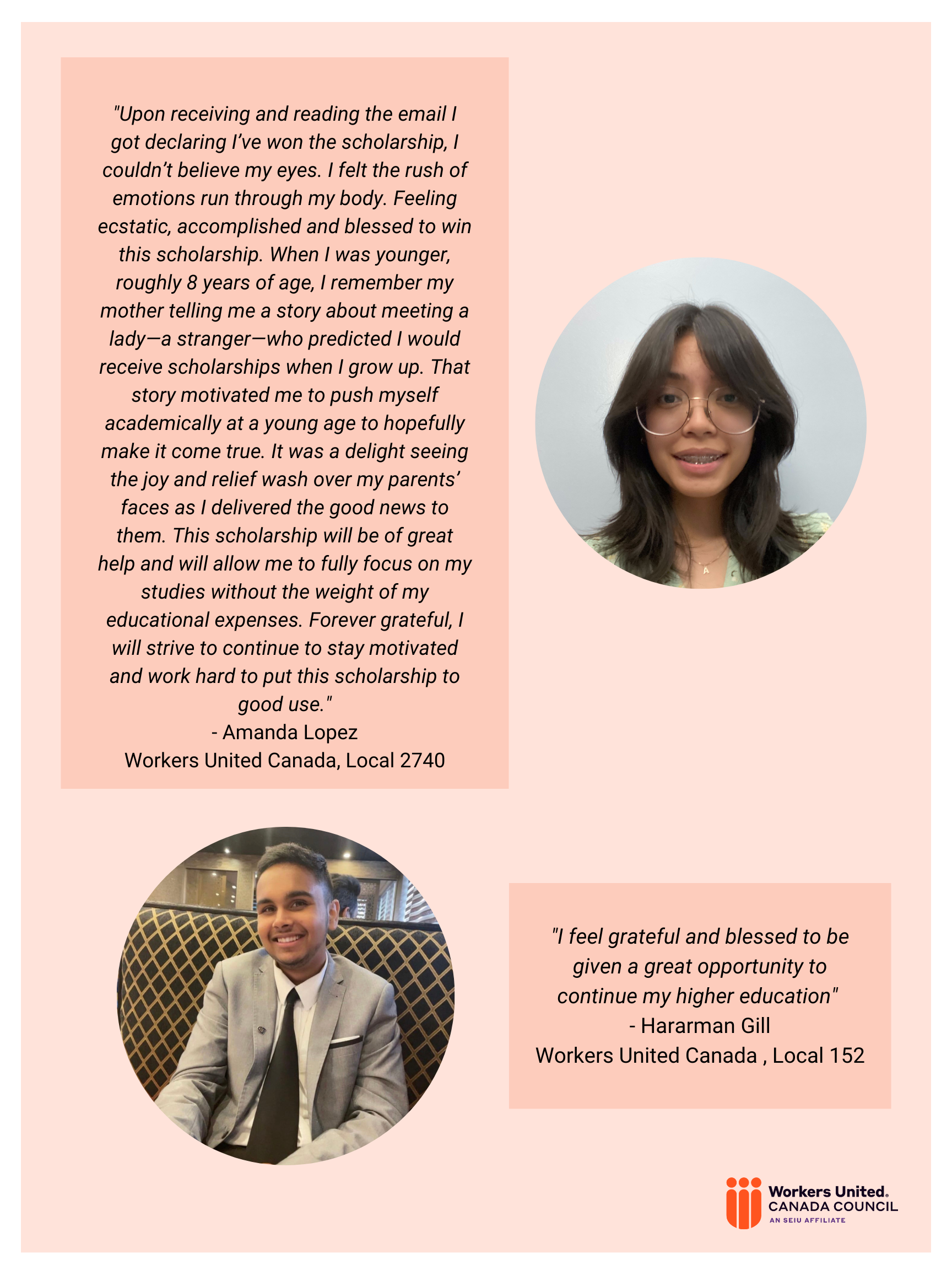 The 2023 Barry Fowlie Scholarship application will re-open in July 2023 - please check out the "What's New" section on our website for an announcement.

If you have any questions, please email [email protected] with the subject line: Scholarship.

Labor Day at the CNE is back! March with your union at the 2022 Toronto Labor Day Parade!

THE LABOR DAY PARADE IS RETURNING TO THE STREETS!

LET'S CELEBRATE OUR ACHIEVEMENTS, DEMONSTRATE OUR STRENGTH, HONOR THOSE WE HAVE LOST, & CONTINUE TO PUSH FOR CHANGE BY SUPPORTING ONGOING STRUGGLES! - SOLIDARITY WITH TSSA WORKERS, OPSEU LOCAL 546! -  #StrikeForSafety and send a letter to TSSA (the employer), sign a petition, alert your MPP, and send support to striking OPSEU members!

SECTION 9A: East (Blvd) Side of University Avenue North from Armoury to Dundas St. W.

Bring your family to celebrate 150 years together as members of the Labor Movement!

We will be handing out snacks, drinks, t-shirts & more! 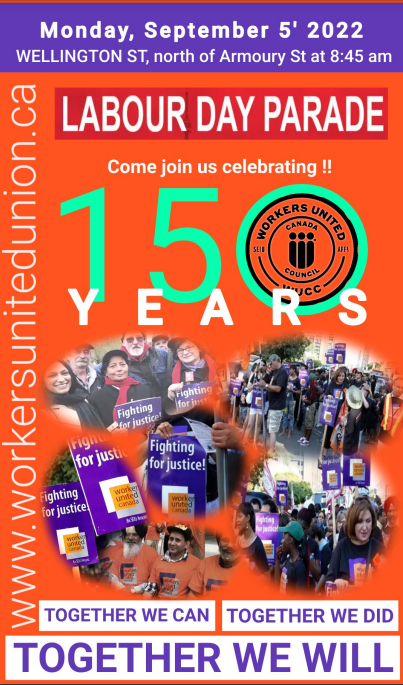 Put People Over Profit - Levi’s Must Sign the International Accord Now!

Put People Over Profit - Levi’s Must Sign the International Accord Now!

Demonstrators entered the Levi’s store and delivered a letter to the management. The demonstration continued in front of the store, where Levi’s was called on to join the International Accord for Health and Safety in the Textile and Garment Industry, which has achieved dramatic progress since 2013.

It’s been 9 years since 1,138 workers died at Rana Plaza and nearly one year since the Accord–the most successful workplace safety program in modern fashion history–was renewed and expanded into an international agreement. Under the Accord, Bangladesh’s brutal history of garment factory deaths was halted. And even though 175 other brands, including Uniqlo, Zara, and H&M support the new International Accord agreement, Levi’s has refused to sign, threatening to undo progress.

Click here to send a letter to Levi's and ask them to keep their workers safe!

“Levi's is dangerously behind the curve when it comes to making garment factories safe places to work. Levi's has decided to pursue a voluntary approach to factory safety, which we know from many years of experience does not work. It is well past time for Levi’s to sign the Accord and ensure the safety of their workers.” - Kalpona Akter, President of Bangladesh Garment and Industrial Workers Federation

"Since its inception in 2013, the Accord has achieved immense progress in making garment factories in Bangladesh measurably safer, saving countless lives. As a company that prides itself on sustainability in action and living its values, Levi's has a responsibility to sign the International Accord and ensure safe workplaces for the workers in its supply chain. No worker should have to risk their life in order to go to work.” - Edgar Romney, Secretary-Treasurer, Workers United 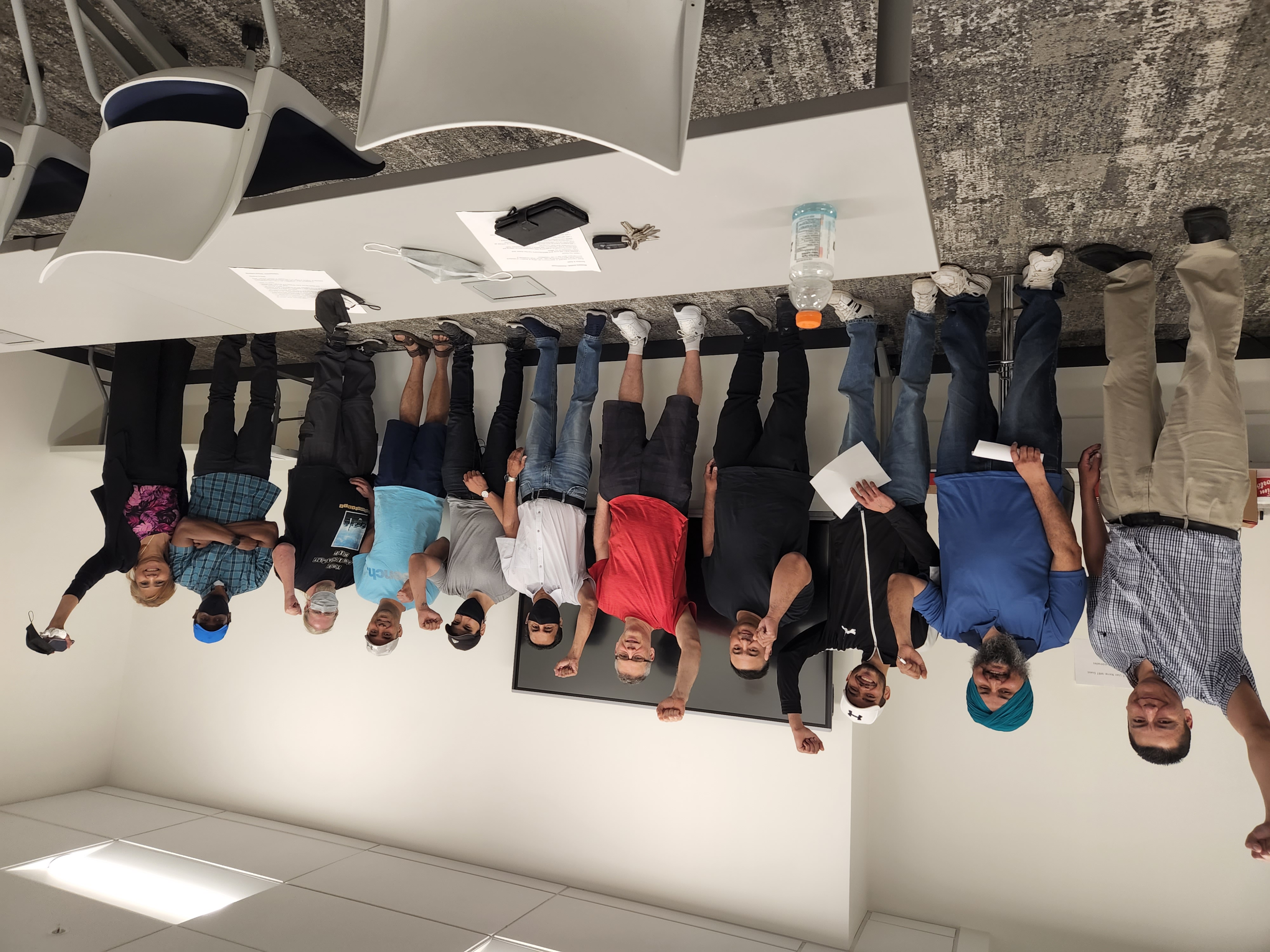 Local 2740 - Bargaining Committee taking an Oath of Office before negotiating their upcoming contract with Monarch Industries! Welcome to the team! 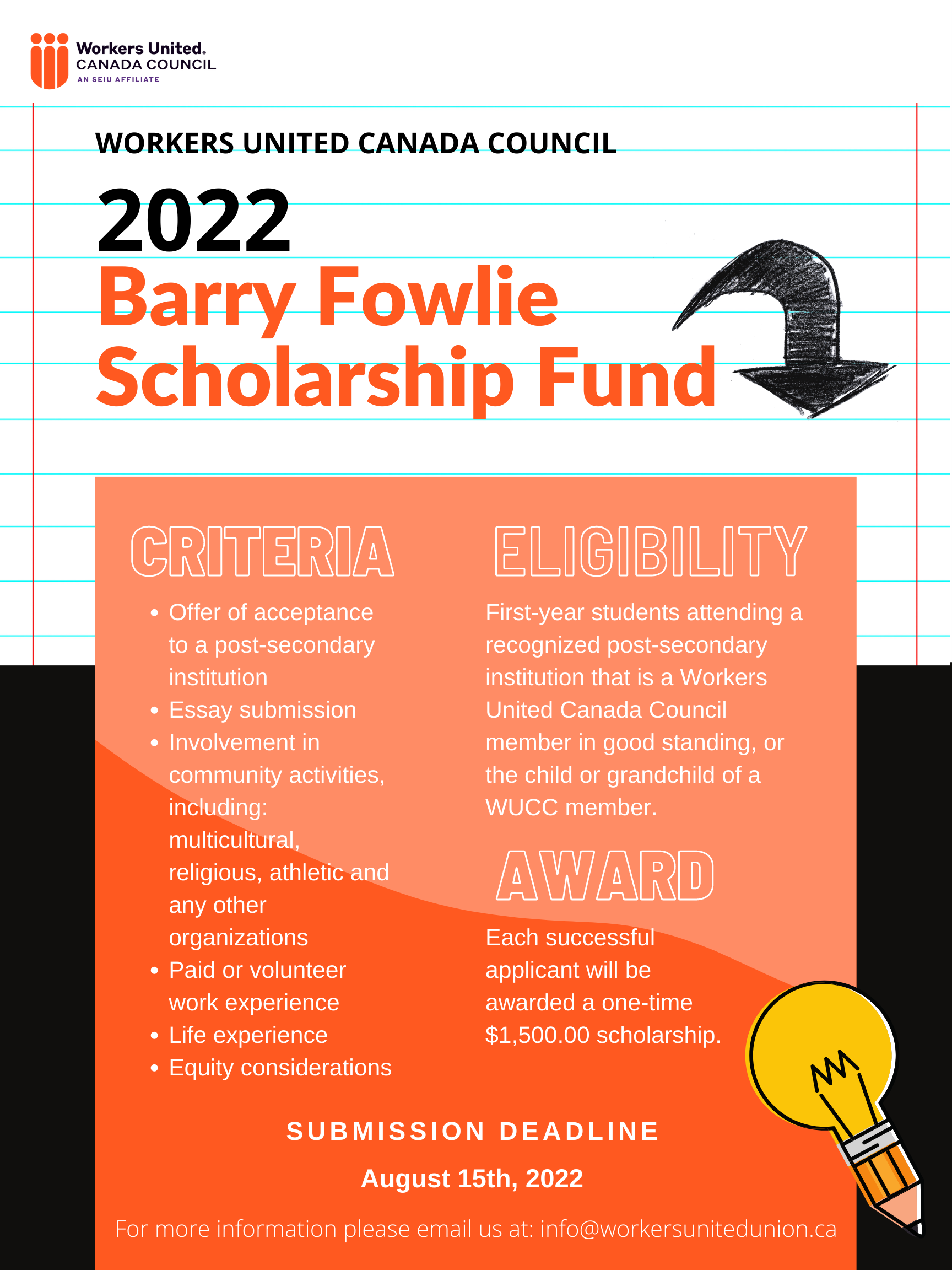 Scholarship opportunity for PRLC affiliate members and their children 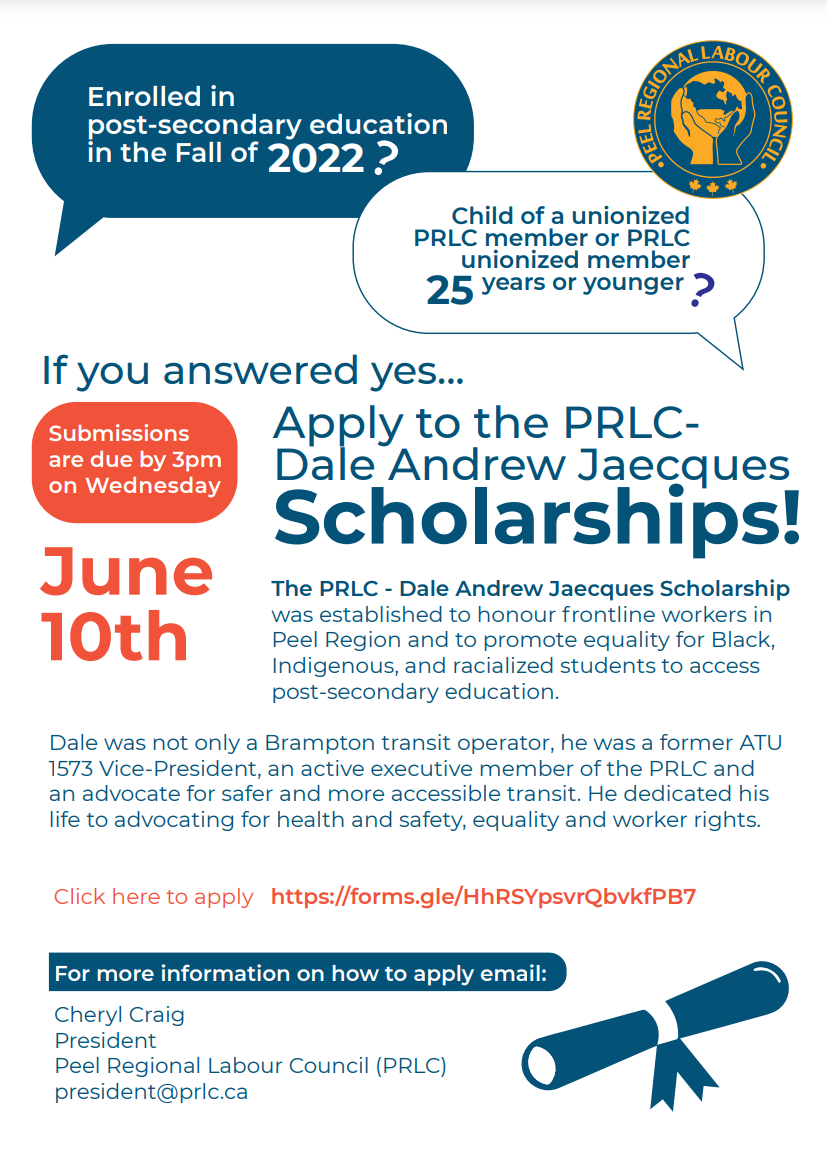 Abs Diza, a Workers United Canada Council Union Representative in Manitoba has been chosen the winner of the 2022 Manitoba Federation of Labour Judy Cook Award, which recognizes women trade unionists who have made significant contributions to the labor movement. Congratulations Abs!! 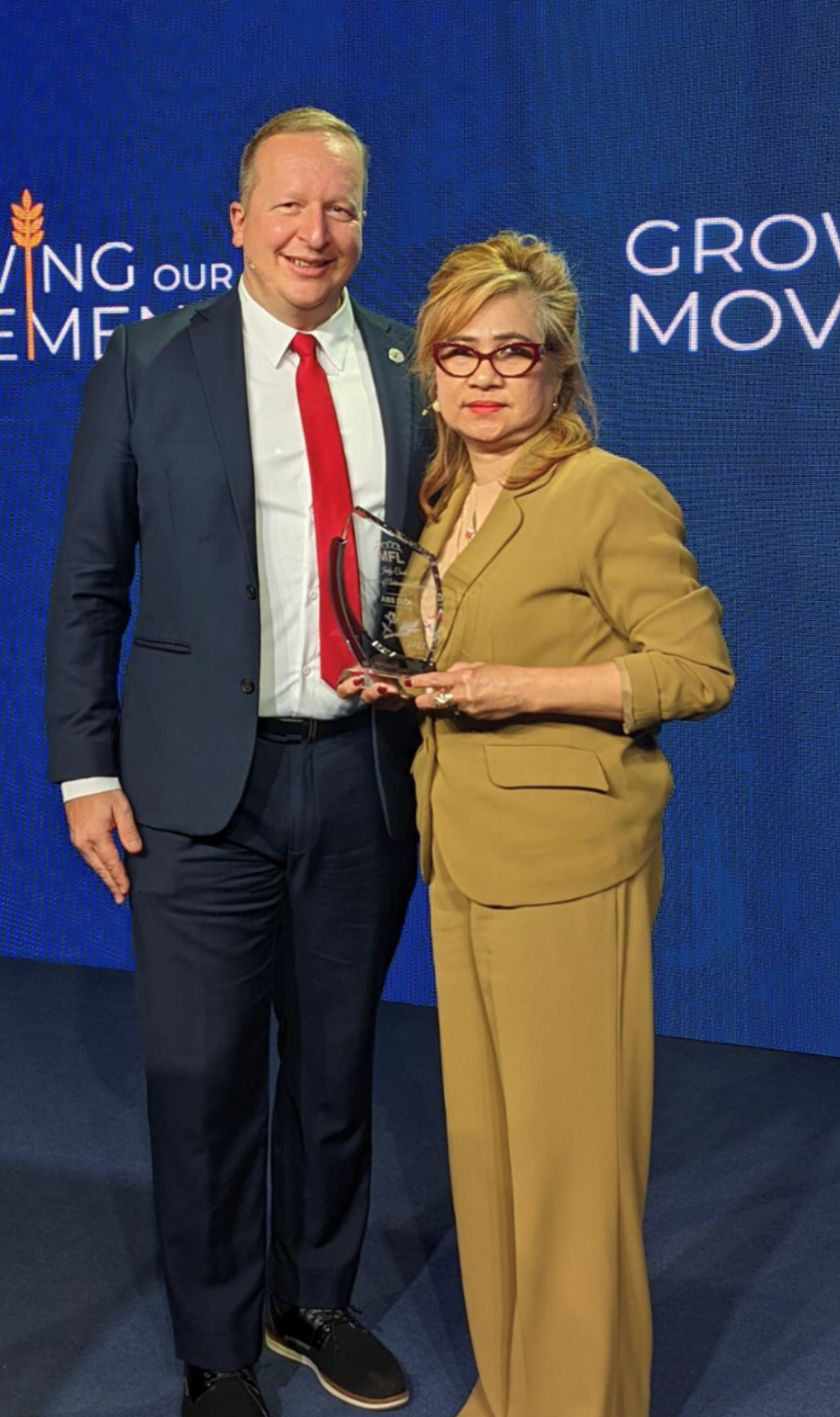 The gloves come off at Watson Gloves: Local 178 members Strike!

Yesterday, garment workers from Local 178 who work at Watson Gloves in British Columbia walked off the job to strike for better working conditions and a fair contract! See you at the picket line! 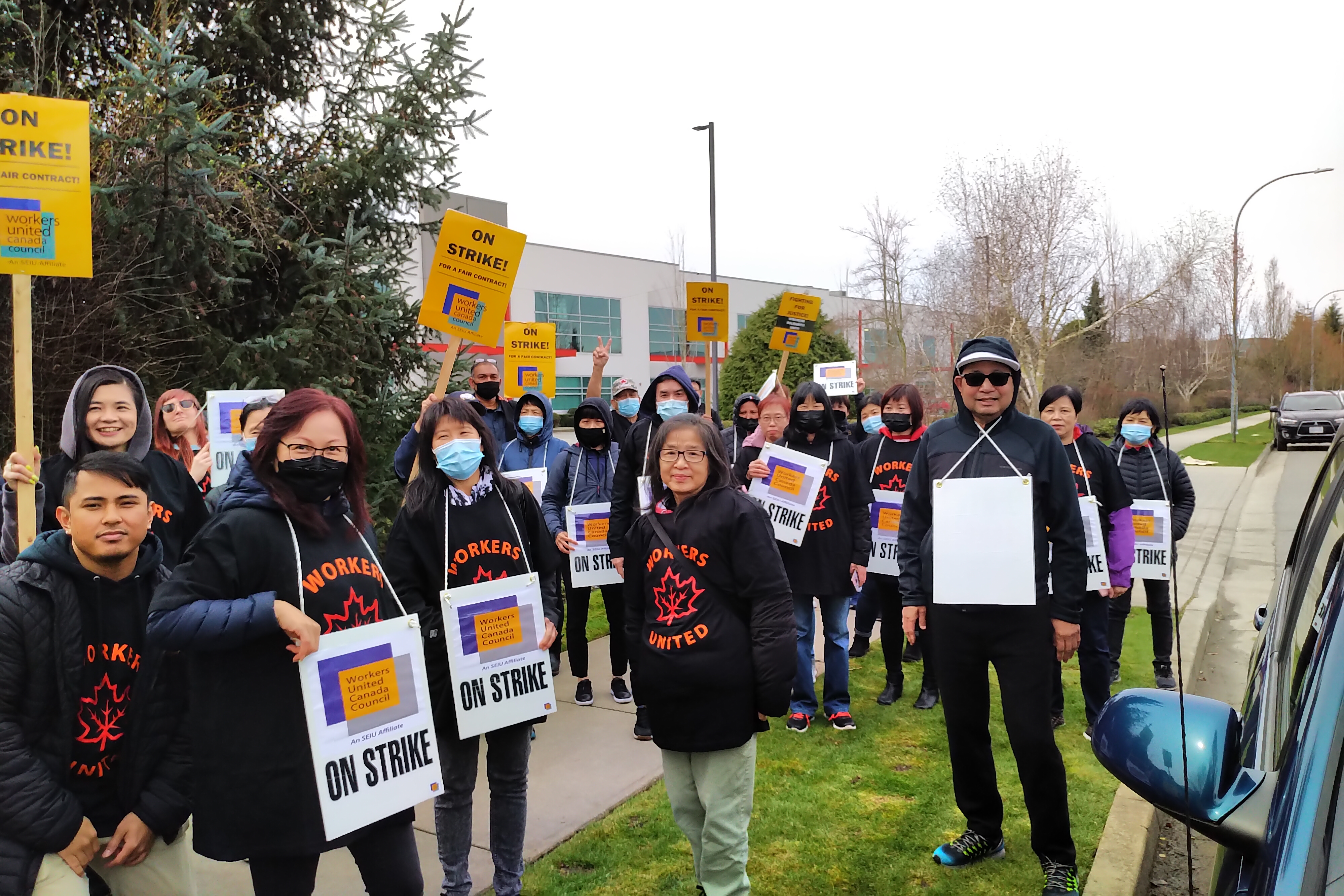