Hear from our members

The strength of a union comes from its members. Our members come from a variety of different backgrounds and personal experiences and are active both in their workplaces and in their communities. All have a story to tell. We want to share our member’s stories and experiences, as well as their thoughts about how the union has improved their quality of life and the importance of the labour movement as a whole. Click on the photos below to learn more about each other! 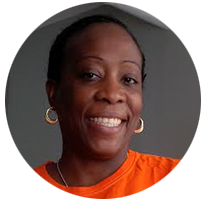 What it means being a black woman in Canada: A personal reflection

My name is Michelle Palmer. I immigrated to Canada from Jamaica back in 1992. I can truly say it has been a very difficult and challenging experience – especially in the workforce. As a black woman, you come across a lot of racism and stereotypes, even from your own community.

At times, we are looked upon as being aggressive and ignorant; but the truth is we have always been forced to prove ourselves, not only in the workplace, but in everyday life. Most of our challenges are often within the workplace. Being a woman driver at my work, for example, is still not considered “normal” in society, as it’s continued to be looked upon as a “man’s job”. But we know there is no such thing as a “man’s” and “woman’s” job anymore.  I have had my fair share of challenges being a union official as well, and at times management likes to speak down at you – our own members as well.

I consider myself to be a very strong and determined black woman. Among other things, it has taught me that I have the power to teach the next generation of young black women to be strong as well – like my own daughters –  who will help make a difference in society, in their community and in the workplace and help paint a different picture of black women overall. 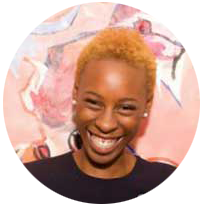 I got involved in the #BlackLivesMatter movement before it had a name. When Trayvon Martin was murdered on February 26, 2012, my reality was altered and steered towards the blazing injustices on black people by police here in North America. When Mike Brown was murdered on August 9, 2014, my entire being leaned further, this time towards a call to action.

My friends went to Ferguson the weekend of the 28th and I followed closely from Toronto. Mobilizing began when I assisted in promoting and organizing the meet up of the Canadian Contingent for the #BlackLivesMatter ride on October 25 ,2014 where dozens of black Canadians and Americans gathered to discuss how and if Black Lives Matter(ed) in Canada.

Around this time my union was involved in an over two week long labour dispute in which over 500 of us did not go into work, and eventually won a battle against our employer. I believe our success was due to innovative tactics, creative strategies and most importantly, vigilant solidarity. We showed up for one another regardless of whether we had joined the union a month before or fifteen years prior. United we stood and divided we would have crumbled. Your struggle became mine and all I knew was that this was the tipping point. I chose to be on the side that was birthing change because it was inevitable.  All that mattered was how quickly and unified we arrived at that place and numbers mattered, voices mattered.

And so when I was asked to stand alongside my spiritual partner David, co-founder of our Sunset Service Fellowship to open the protest on Tuesday, I had only one word – Yes. #BlackLivesMatter is more than a movement – it’s about being honest about changes long overdue, mobilizing and knowing that we must be united in this gesture towards, peace, justice and Oneness, for all.

Chiedza Pasipanodya is an artist, healer and educator dedicated to community, the sacred and the nature of creative expression and a Workers United member at WoodGreen Community Services (Local 154).

She recently published Grace: Notes on Survival (Sorplusi Press) and is the co-founder of Sunset Service, an inclusive, inter-spiritual community ministry focused on social activism and community building from within a New Thought perspective. 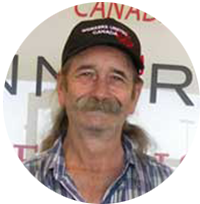 Workers United gives me a feeling of belonging to a family larger than my own. I can’t imagine working in a non-union shop. 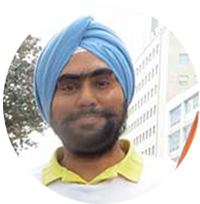 I have worked as a material handler at American Eagle Outfitters warehouse in Mississauga since 2010, and we have been members of the union since 2008. Our union contract has improved working conditions, pay rates and has protected our rights. As a union steward, I am proud to have Workers United as my union. The union is always there to protect us—and you—when you need help. So go for the union. It is the only way for workers to be united in Canada. 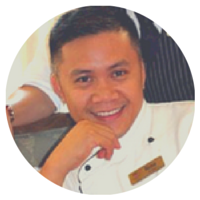 I’m a Chef de Partie at Kensington Place Retirement Residence. About 9 years ago when I started here, I didn’t realize how steep the learning curve would be: in a strictly kosher kitchen, we have to go beyond simply not mixing meat and dairy! But I love my workplace. Through a mix of being patient, understanding and compassionate, I’m proud to do work that nourishes the elderly residents of Kensington Place Retirement Residence.

I’m also a chief steward as well as a local president of Workers United Local 2742. These are challenging roles and I love doing them. Both on the job and in my union, I bring people together to talk about our problems and find ways to fix them rather than screaming and yelling at each other.

We’re a unionized workplace, but it hasn’t always meant that we’ve had the support that we need. After all, unions are only structures, their success and strength depends on the work undertaken by the people involved. Four years ago, I decided to speak to some of my coworkers about changing to a different union because I was fed up with the way the previous union treated us. It was not an easy task. Navigating through the world of inter-union politics can be overwhelming for a rank-and-file member, but I was confident that it was time for a change. My coworkers and I needed something better.

There were a number of reasons why we chose another union. Our concerns ranged from individual issues, such as the freedom to choose which dentist we wanted to go with, to broader ones, like wanting to feel as though our union really cared about us. We felt that our relationship was very paternalistic, when it came to what we would like in our contract they essentially just decided what was good for us.

The turning point for me was when our contract expired for the second time since my work started at Kensington Place. Neither the workers nor the stewards heard from the union, despite our contract having expired. After six months, it was clear to me that we needed a change.

When we held the vote we lost, as some of the workers changed their minds. It was heartbreaking for me. I was under the impression that everyone was in agreement that changes were needed and that my coworkers were united in this campaign. However, we still had a couple months before the next anniversary date so we were able to approach another union. We did the whole process again except that this time, we did it quietly. With all the help of my teammates from different departments, we won and we got a new union, Workers United. Though it was again very challenging, and took a lot of convincing of my fellow workers and a lot of hard work, it was so worth it.

Throughout this process, it didn’t cross my mind to be a steward. My only focus at that time was to find a union who would better represent us and help us improve our benefits. Our previous union representatives did try to convince me to be a steward and each time I refused. The big reason for my refusal is that they didn’t provide training for stewards and I won’t put myself into that situation. What good is a steward who isn’t clear about the role they play? For me, the element of union education was absolutely critical.

So when Workers United came in they asked me to get active and be more involved. When the election period started, one of my coworkers nominated me. I didn’t say yes right away but when the representative said that training and education would be provided, I accepted the nomination.

They not only nominated me to be a steward but everyone agreed to make me the chief steward. From there, I was voted to become a local president and also now sit as an alternate member at the executive board. When I finally got involved in my union I was so surprised of how much there is to learn and know what the labour movement is all about. Even though I had been a member, it was important for me to learn what it has done to help not just union members but all workers. I learned how important it is to have a union that will represent the workers and fight for their rights.