Canadian Niagara Hotels is doubling-down and suggesting in their latest statement that women who bravely stepped forward made “false allegations” about their experiences of mishandled workplace sexual assaults.

The employer’s sunny version of events is incompatible with the real experiences of the women who suffered these workplace assaults. These awful incidents were followed by a grossly negligent response from their employer. Now they are adding insult to injury by saying these women are making things up.

This much is clear:

These are inexcusable errors. Canadian Niagara Hotels needs to take responsibility for their mistakes. Managers cannot be allowed to sweep issues like sexual violence under the rug. Employees expect accountability, transparency and integrity from their employer at all times. Rainforest Cafe workers need a union contract so they can return to a workplace where they feel safe and have real protections. 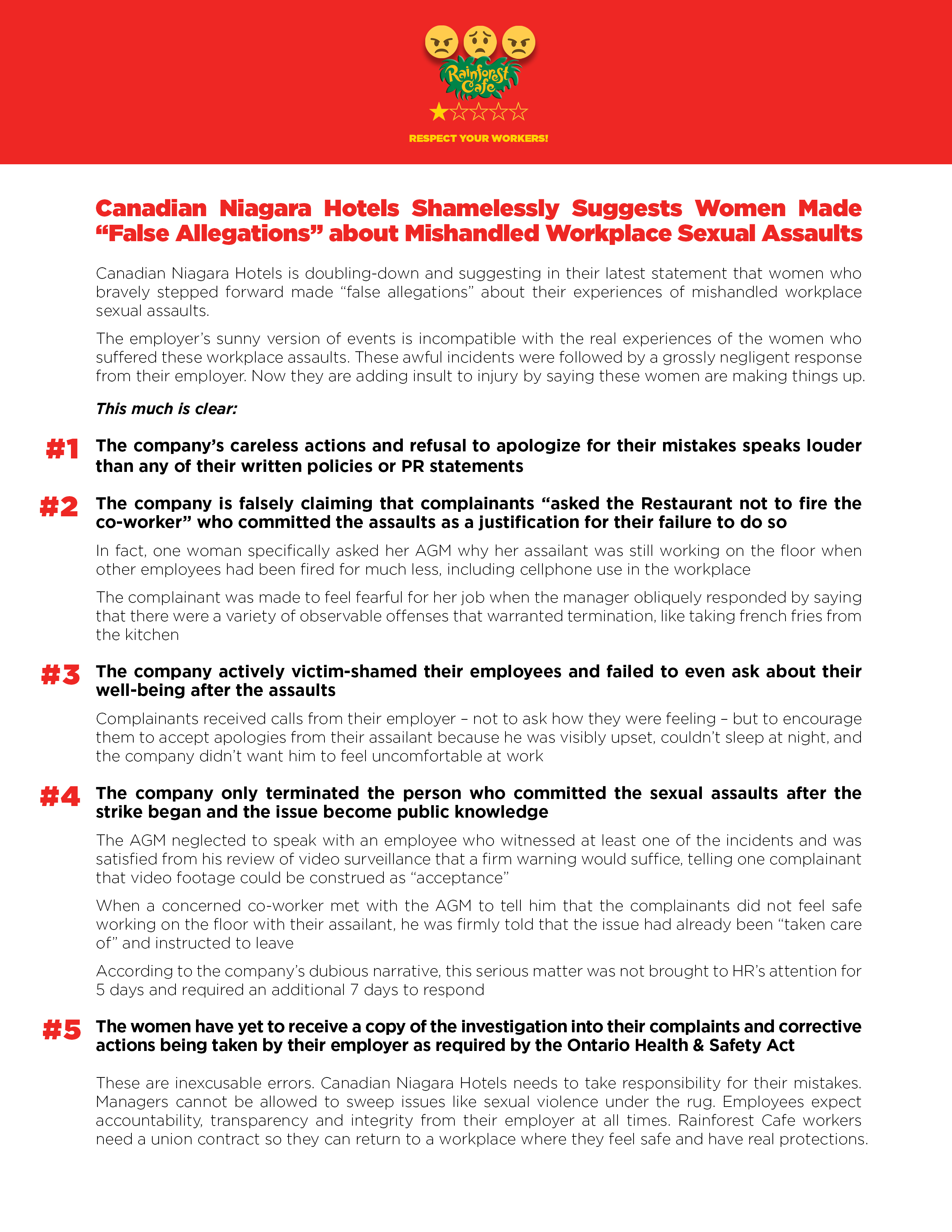